On the higher-end part of the market, prices are also dropping. In West Vancouver, the benchmark price for detached properties slipped to $3,392,500 in June, down 6.5-per-cent since 2017.

Prices could also continue to fall thanks to an annual 0.2-per-cent property surtax that is being imposed in British Columbia on homes valued above $3-million and up to and including $4-million. For homes valued above $4-million, a 0.4-per-cent annual rate applies. This means the owner of a property assessed at $4-million will pay $2,000 in extra taxes next year, while the owner of a $6-million home will have to pay around $10,000.

Bad News for Taxpayers Could Be Good News for Home Buyers

As the demand for homes declines, a buyers’ market could emerge in Metro Vancouver. After all, price growth has also slowed since June in the sale of townhomes and apartments.

Brendon Ogmundson, deputy chief economist with the British Columbia Real Estate Association says lower demand is bringing most markets around the province back into more balanced conditions after years of inflated prices. But, it’s a change that is not happening quickly. 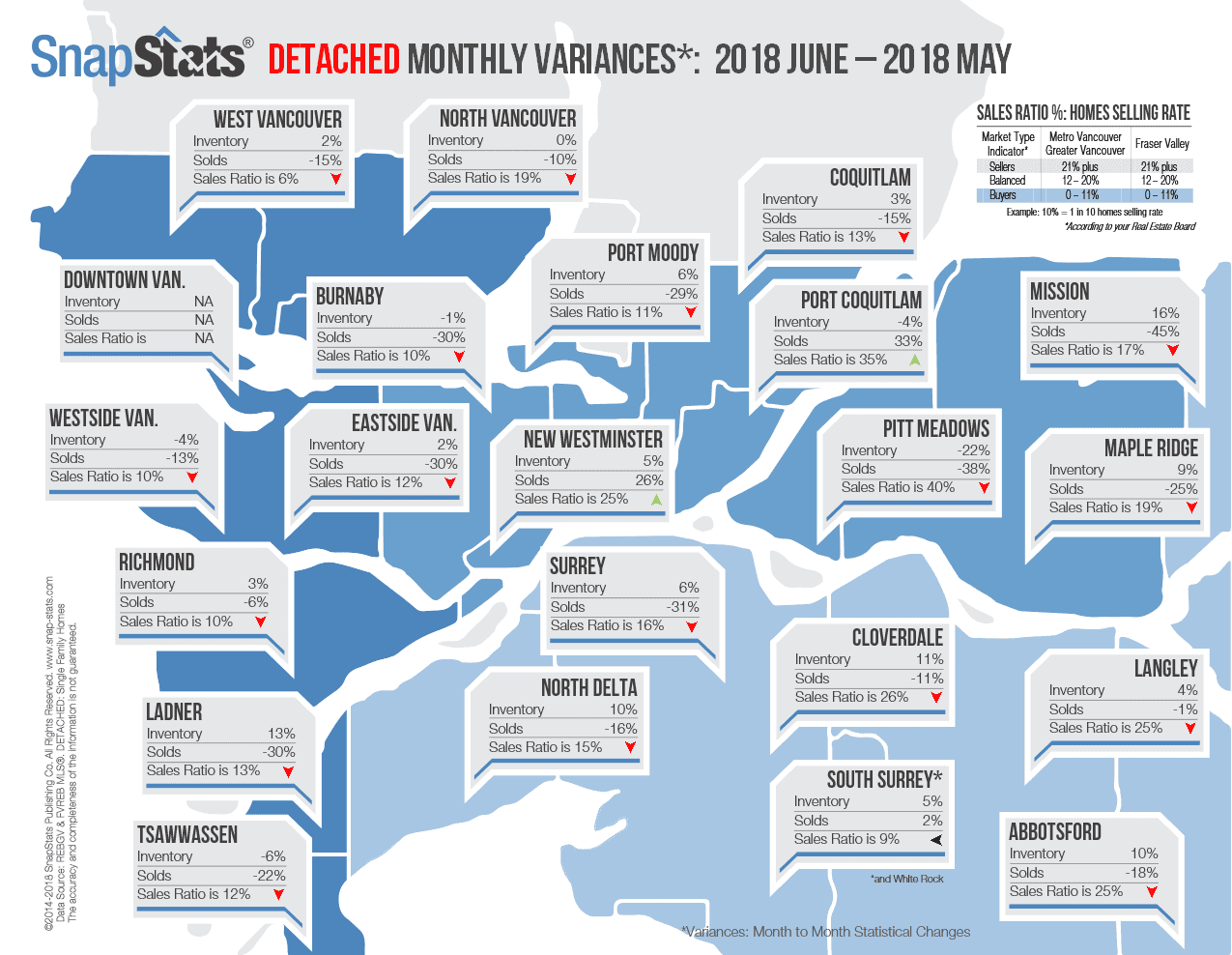 In June, 11,947 homes of all types were listed for sale on the Multiple Listing Service (MLS), up 40.3 per cent from June last year. Also, the composite benchmark price for all residential properties in Metro Vancouver in June was $1,093,600. This represents a 9.5 per cent increase over June 2017 and is virtually unchanged from May 2018.

“Buyers are less active today,” Phil Moore, REBGV president said. “This is allowing the supply of homes for sale to accumulate to levels we haven’t seen in the last few years. Rising interest rates, high prices and more restrictive mortgage requirements are among the factors dampening home buyer activity.”

A fourth increase in one year from the Bank of Canada on its interest rate is also making buyers a little apprehensive with the rate now at 1.5 per cent. Still, government intervention and an overall decline in home sales mayl be enough to help make the Metro Vancouver housing market more affordable? Only time will tell.